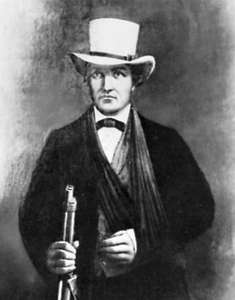 The Day the Man in Brown Suit arrives

In my previous post, I’ve shared why it is dangerous to speculate of who the man in the Brown suit will be. Also had proven why none of these leaders would be that man. Now I want to focus on the next reason. The reason is where the Boers had not learned to take charge of their own lives, but still looking for leaders as if the political leaders will solve the problems or some military leaders. All this because we had been conditioned to think that way since the creation of the Union of South Africa.

We all know that the Grass is green then it is white dry then it will become green again. We also know that the Germans will send the Three Blue Letters to the Parliament in Cape Town, from where they will be uneasy with the first one, starting to shuffle around on the second one and then after the third one scattering.

Now here the most important part here that most ignore, yet so important towards that very moment the Man in the Brown Suit will appear. What important fulfillment will we see here? The day that the Boers will take matters into their own hands and from the Eastern Cape, Southern Freestate and Western Transvaal will travel up on horse back to Lichtenburg in Western Transvaal, from where the man in the Brown Suit then will appear.

One thing that very few had taken notice, is that the Boers had started to take matters into their own hand without any “leader” told them to do so or moved them to do so or organizing that event. You will also take notice that there are no organization taking any initiative nor any political or civil leader. but rather is is the action from the Boer people themselves, the most powerful revival of the Boer people.

The Boers will not care what the Government like the Thornbush Government is saying nor their so-called leaders and decide it is now time, the same time that the Germans will arrive at Luderitz Port at Namibia and sending the Blue letters to the Parliament in Cape Town. That is only then afterwards that we will see the uprise of the Boers to defend their liberties, and they will come from the Western Transvaal, Southern Freestate and the Eastern Cape in response to the attacks against the Boers who will gather at Lichtenburg.

That is then at that moment that the man in the brown Suit will appear and address the Boers like Andries Pretorius had done at the Ncombe River (Blood River) as he addressed the Boers and Paul Kruger who addressed the Boers at Paardekraal at Krugersdorp in Western Transvaal, the same way the man in the Brown Suit will address the Boers, calming them and inspiring them to organizing in strong militias from where the arms will be fetched at Prieska in the Karroo as these will be send by the Germans through the port of Luderitz via rail line to Prieska, from where they will fight the first battle at Kimberly then at Vereeniging and from there restoring the Boer Republics and pushing out the Elitists and political class and the traitors.

But until we as the Boers had not learned to take matters into our own hands and take charge over our own lives, and still waiting for the so-called leaders to start something or giving instructions as to where we are to gather, the man in the Brown Suit will not appear. Very important, this man will be none of these prominent leaders, not Harry Knoesen of the Crusaders, nor the leader of the AWB, nor Izak van Zyl of the Boerelegioen, nor Gustav of the Suidlanders, nor Steve Hoffmeyr and Wessel Basson of Toekomsvonk, none of them, but rather this man is hidden and god is waiting for us as the Boers to take matters into our own hands, taking charge over our own lives and not to wait for one of these leaders to do something.

I'm the leader and founder of the Boere Vryheids Beweging who founded this grassroots group for the sole purpose of organizing people from the grassroots level. I'm also operating the Siener Van Rensburg Prophesies as well as the American Against the Genocide of the Boers in South Africa. I'm also an Apostle in Christ Jesus, managing the websites of my ministries, the Apostolic Global changers Movement, Leadership and Apostolic Heart and the Word Events in Perspective of Biblical Prophesies View all posts by Gideon Prinsloo

7 thoughts on “The Day the Man in Brown Suit arrives”